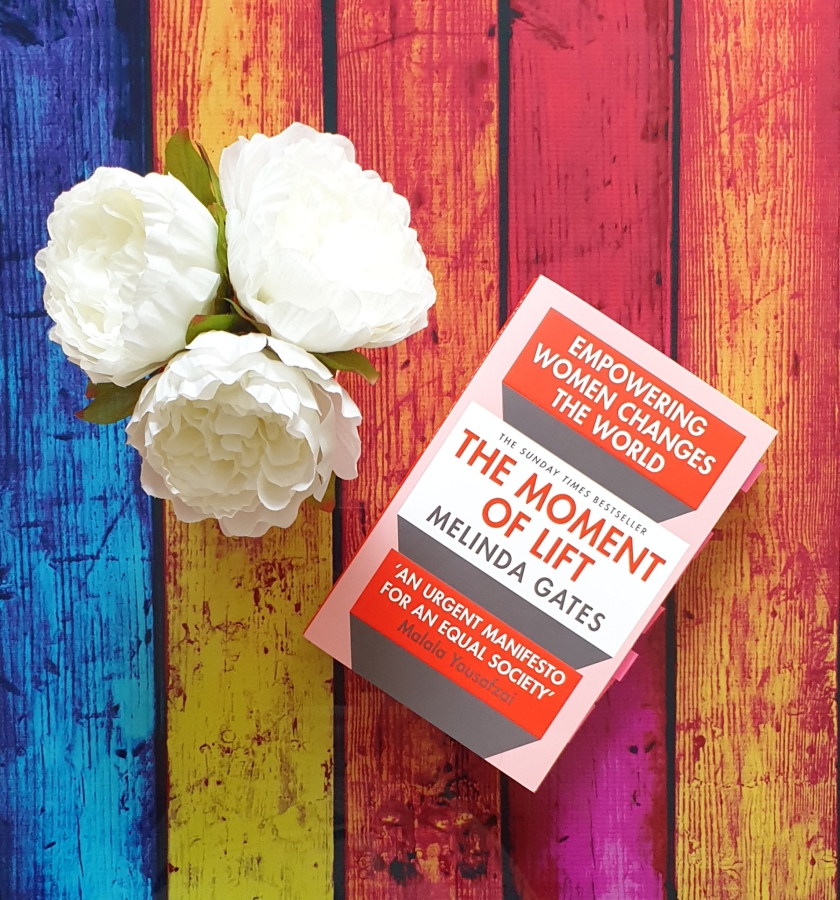 Published by Bluebird Books for Life

On the cover of this book are the words ‘empowering women changes the world’. I went into this book blind; of course, I knew that women still have a way to go to get equality, and I know that I live in a very privileged society, that in some countries women were still being treated as second class citizens. But I hadn’t taken the time to read and learn about what that means and why it is so important in the modern world we live in.

I specifically requested to be part of the Tandem Collective readalong for this book because I feel very ignorant of the world beyond my current perspective and I have made a promise to myself that this year I am going to fix that.

Melinda uses such emotion in her writing. She immediately addresses that she is privileged and lucky and not in any way capable of ‘fixing the world’, she even touches upon how bad it would be for rich first world citizens to interfere in third world issues by throwing money at it. Instead she focuses on wanting to teach the world and help communities lift each other up to gain equality around the world.

Melinda works hard to lift others up so that they can make the changes needed in their societies to be happier, healthier and equal. The people she works with go out into communities and teach everyone – men, women and children. They perform workshops to tackle empathy and set up safe spaces for those who need it. Throughout the book Melinda will tell you about a modern issue (not just in poorer countries either), what she thought needed to be done, what she learned and how they decided to work towards improving the situation. She has success stories and areas of failure and she pinpoints the reasons why so that they can try again in a different way.

This book really is an emotional rollercoaster, chapter by chapter I found myself angry, hurt, sad, overwhelmed, triumphant and loved. It took me a longer time than normal to read through because I found myself so absorbed and needing to take everything in. Melinda takes us through her story of finding herself as well as the stories of women around the world who have impacted her journey and some of the writing is very hard-hitting. To fully appreciate what I was reading I had to take breaks, I even found myself vocally passing on the information I was reading to my boyfriend in order to get my head back in the right space – As I said – emotional.

When I first told my boyfriend what I was going to be reading he immediately told me that religion is at the bottom of all the inequality in the world and I was surprised when I found that Melinda is an active Christian – she even tackles this in the book and she faced a lot of backlash because of her beliefs and the work she was carrying out. It was quite humbling to see how she balances her viewpoints, how she has educated herself and still manages to keep hold of her beliefs, I felt very awed to learn this about her.

The book itself isn’t all about the stories she has learned from those living these unequal lives, Melinda also gives a lot of facts which are completely mind blowing – did you know that seventeen countries have laws limiting how and why and when women can leave their homes? I didn’t. In one hundred and thirteen countries there are no laws for equal pay for men and women and in the United States of America there are no laws ensuring paid maternity leave (although a lot of companies give it) – this is terrifying! The lack of support for women around the world is atrocious, women everywhere need a lift and I’m hoping I can help a little in getting it to them because once you realise how much of an effect this gender bias has on economies and health, all you want to do is help make it better.

I’m going to be urging everyone to read this poignant and empowering manifesto about gender equality around the world as I know it is going to stick in my mind for a long time to come. I would like to truly thank Tandem Collective and Bluebird Books for Life for letting me take part in the readalong and for the journey it took me on, I cannot express how important the lessons are in this book so instead I will just ask you to read it.

A Very Large Expanse of Sea by Tehereh Mafi
REP POST
Three books on my TBR!
Twice Shy by Sarah Hogle.
Summery Reads ☀️💕
Have you had any disappointing reads lately?
Loading Comments...
%d bloggers like this: