“For crying out loud! I can’t even cast on now.”

Claire has never unravelled anything before, being a confident knitter. But now, to her dismay, everything she creates is a disaster, riddled with dropped stitches and glaring holes. It’s almost as if her hands have a mind of their own. Maybe it’s because her longest relationship to date has just ended, or perhaps it has something to do with the fact her career is on the ropes.

“Don’t get frustrated with your needles! The problem lies with the knitter, not the knitting,” said Adrian, owner of Oddballs wool shop. Following his advice, in the desperate hope it will cure her woolly woes, Claire begins to turn her life around. Her grand plan involves FishTank, the online dating site. She convinces Adrian that if they sign up and find love, their problems will be solved (and she’ll have at least one area of her life sorted!). The trouble starts when he has far more luck in the romance department than she does.

A must-read for avid knitters and those with a passion for crafting, this comical yarn will melt any reader’s heart.

Will they? Won’t they? Romance enthusiasts will be rooting for the pair to be knitted together, forever!

Today is my stop on the tour for World’s Apart by Ronan Brady, organised by the lovely Kelly at Love Books Group. I want to thank everyone for letting me join in on this one – as a budding aerialist, it was great to read about Ronan’s experiences becoming an aerialist  in Ireland even though he does at one point claim that meat hooks are ‘the most basic aerial manoeuvre you can imagine’ … hmm I’ll have to disagree there!

From the Back Cover

‘Ronan is emblematic of how Ireland has changed.’ – Panti Bliss
At just under six foot in his socks and weighing in at fourteen stone, Ronan Brady is a solid slab of rarest Roscommon meat. He has a natural tendency to throw himself about – some would say recklessly, others would say enthusiastically – into whatever he sets himself to. Ronan had a ‘normal’ childhood in Roscommon and knew by the time he was a teenager that when he grew up he wanted to play football for his county and become a teacher. Ronan had achieved his life ambition when he took up ‘Flying’ as a hobby. A hobby that transformed his life and took him to heights he never dreamed of, performing in the smash hit show Riot alongside Panti Bliss, and going on to tour the world. Worlds Apart is an open, humorous account of Ronan’s life journey.

There was a house there for him. All he needed to do was show up, reconnect the heating and reconnect the electricity and he could live in his own way, but he could do it near us.
When we did see him, it was hard not to sense a pride emanating from him for having gone this far, for having taken himself so firmly off the grid, for having successfully managed to fall between the cracks and evade the attention of whoever was supposed to be watching him; be that the state, or us, or his own demons chasing him from the past lives he’d lived.

And then he died. And that was the end of all of that. It happened when I was abroad. It shouldn’t have come as such a shock, he’d so obviously fallen so far from anything that could be termed as healthy, but it did. Death is always a shock, and after all, Justin was
only fifty. It didn’t matter that he’d slowly turned into a faintly sighted ghost over the last ten years of his life. He was my dad. I couldn’t believe that he was really dead.
I’d been out on a six-week performance gig in the summer of 2017 for the Islamic Games in Azerbaijan. We’d just done the closing ceremony and were having a wrap party when Michelle rang me. Mammy had been trying to get through to me for hours, but my network reception was faulty, so Michelle had eventually gotten me on a web call instead. I was glad it was her who told me. I don’t know why, but I was glad Mammy hadn’t gotten through first.

The only person that I really knew in Azerbaijan was Aisling, my performing partner.

I really enjoyed reading about Ronan’s life and how he managed to turn around his prejudices and really learn about following dreams and achieving those dreams way outside of his comfort zones. Ronan’s words slide of the page with ease, I could hear the Irish accent in my head while I was reading and often his sarcasm made me smile and laugh.

I would definitely recommend this to anyone, it’s only short – about 160 pages but there is so much content that is relevant in society today – how performers are perceived and the fluidity of gender. It really makes for insightful reading – you don’t even need to be interested in the circus!

The kindle edition is only £3.33 and you can find that here.

A Video of Ronan in action. 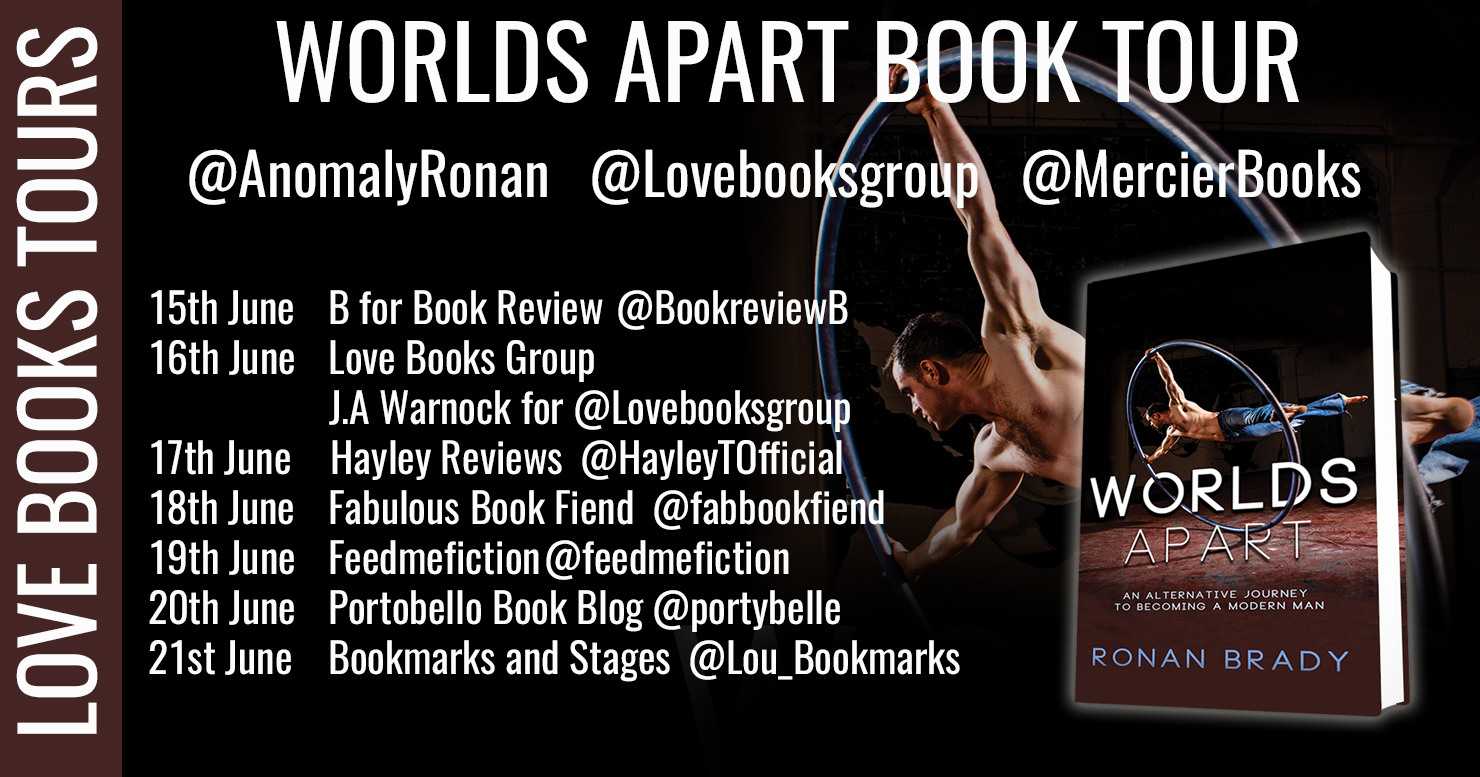 What are you currently reading?
Book Tour!
April Wrap Up.
#spredgesunday is back with #spinesandspredges (thanks for the tag @bookbeforeuleap and for @jesikasbookshelf for thinking it up!)
#saturdaystack time!
It's nearly Friday everyone! I am very excited for my long Bank holiday weekend (sorry those of you who don't have that!).
Loading Comments...
Comment
×