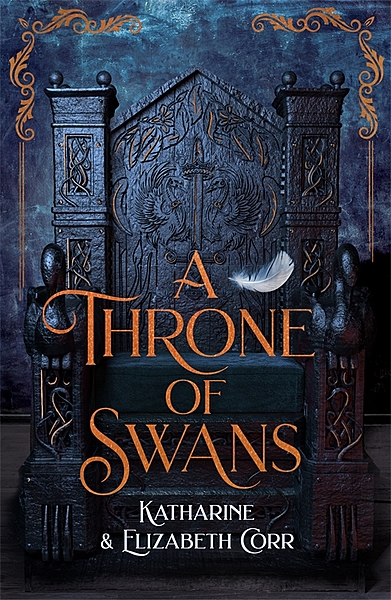 When her father dies just before her birthday, seventeen-year-old Aderyn inherits the role of Protector of Atratys, a dominion in a kingdom where nobles are able to transform at will into the bird that represents their family bloodline. Aderyn’s ancestral bird is a swan. But she has not transformed for years, not since witnessing the death of her mother – ripped apart by hawks that have supposedly been extinct since the long-ago War of the Raptors.

With the benevolent shelter of her mother and her father now lost, Aderyn is at the mercy of her brutal uncle, the King, and his royal court. Driven by revenge and love, she must venture into the malevolent heart of the Citadel in order to seek the truth about the attack that so nearly destroyed her, to fight for the only home she has ever known and for the land she has vowed to protect.

This book was just what I needed to finish the year off! I loved it! I was sent my early copy of the novel by Readers First and Hot Key Books – Thank you so much!

I loved the setting, the characters and the premise – all of it! It’s a beautifully easy read and is loosely inspired by Swan Lake which just reminds me of The Swan Princess so I had all the nostalgia feels while I was reading this 🙂

In the novel the world is split into a class system of those who can transform – the nobles; and those who cannot – the flightless ‘normal’ people. The world is governed by rules which state that the flightless cannot rule or have a position of power. The families that can transform take the form of a specific bird (Swans, Owls, Ravens) and they even keep some of their characteristics in human form for example the colours in their hair 🙂 this is a detail I loved to read about – it really made the novel for me!

After being kept away from court after her mother is brutally murdered and herself left so disfigured she is unable to transform into a swan – Aderyn is thrust into a position of power when her father dies, leaving her in the position of Protector of Atratys. To protect her home she must visit her uncle, the King and learn all she can without giving away her inability to transform.

Leaving Atratys with just her advisor Lucien and her friend Letya, Aderyn finds herself in a world of people she cannot trust and in the middle of secrets which just keep coming and coming, I was shocked at every revelation and it only made me more determined to finish the story, the connections were cleverly done and the plot unravelled nicely throughout. This novel drew me in quickly with its clear narrative, I was genuinely sad to finish it and leave the world behind. Aderyn is headstrong but sensitive of her position since she cannot fly and she finds herself drawn to discover who murdered her mother. Her intentions are honourable and her lack of living knowledge of the land she lives in and the connections of other characters at court worked well as the reader learns at the same pace Aderyn does and empathises with her from the beginning.

I am actually devastated the next novel isn’t released until 2021 but I have procured myself copies of the other books written by these fabulous sisters! I’d love to know their writing processes!